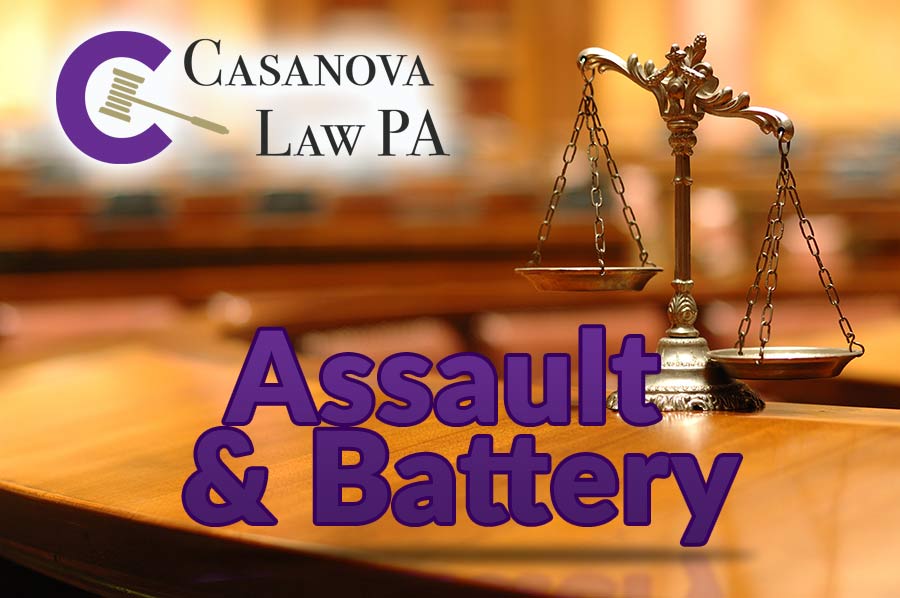 Did you know that Assault and Battery are considered crimes of moral turpitude? Talk to an Assault & Battery Lawyer Today!

While criminal charges and immigration matters involve two separate areas of law, each can impact the other. This is particularly true when a person is charged with what immigration officials deem a “crime of moral turpitude.” A qualified Assault & Battery Lawyer can help guide you through your options.

What is a crime of moral turpitude?

Federal Courts have generally defined “moral turpitude” as a depraved act contrary to societal rules of morality. While this definition may seem vague, certain crimes clearly fall within this category according to immigration officials. Among those, assault and battery make the list.

Assault is defined as an intentional threat coupled with the apparent ability to cause harm or violence. The alleged victim must prove that he or she had a substantiated fear that violence was about to occur. Simple Assault is a second-degree misdemeanor punishable by up to sixty (60) days jail and a $500.00 fine. However, Assault can quickly turn into a felony (Aggravated Assault) based on the seriousness of the facts alleged. A felony assault charge carries a potential prison sentence.

Battery is the intentional touching or striking of an alleged victim against his or her will, or the infliction of bodily harm upon another. Simple Battery is a first-degree misdemeanor punishable by up to one (1) year in jail and a $1,000.00 fine. Similar to Assault, Battery can become a felony (Aggravated Battery) based on the facts of the case, and can result in prison-time.

Because Assault and Battery inherently involve allegations of violence, they are considered morally reprehensible behavior in the eyes of immigration. Thus, the consequence of a conviction or admission to Assault or Battery could be deportation. Talking to an Assault & Battery Lawyer, such as Lourdes Casanova, at Casanova Law, is the best way to fully understand of any charges, as well as your options under the law.

If you are not yet a green card holder and are in the process of seeking permanent resident status, your danger is even greater with an Assault or Battery charge because you could be found “inadmissible” and subsequently removed from the United States with a simple admission to the crime – even if your case is ultimately dismissed.

What we can do for you

Keep in mind that an arrest does not equal a conviction. When you have been arrested for Assault or Battery, it is imperative that you seek the advice of an experienced criminal defense lawyer. It may be possible to get your case dismissed through diligent representation.

We handle immigration cases too.

Attorney Lourdes Maria Casanova is a former prosecutor with experience in both criminal law and immigration. Because of our dual practice areas, we are able to provide accurate information regarding the potential impact

that your Assault or Battery charge can have on your immigration case. We can counsel you as to whether any agreement in criminal court is a good or bad idea for immigration purposes.

Beyond a potential dismissal on your Assault or Battery case, we can review whether an admission was made and what we can do in terms of protecting your rights in immigration court or on a green card application.