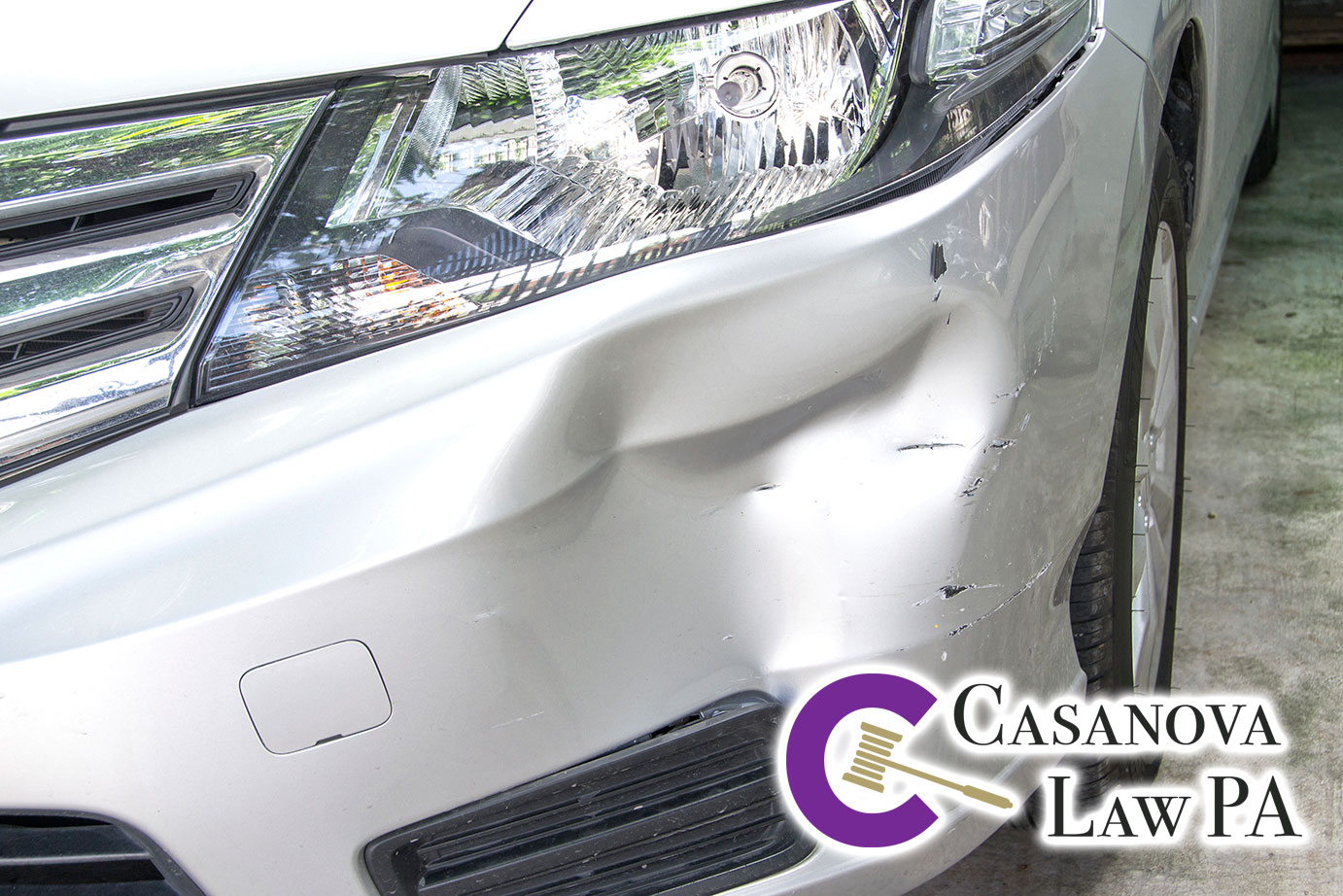 During a car accident, you may have unintentionally damaged the vehicle of another. At someone’s house, you may have accidentally bumped into a table and caused a vase to fall to its demise. When borrowing a friend’s garden tool, you may have broken it from neglecting to read the instructions before use.

While these three scenarios would certainly trigger the displeasure of a property owner, they would not normally result in your arrest. This is because Florida law recognizes that accidents happen, and unintentional acts should rarely be considered criminal, and probably don’t require the services of a property damage lawyer.

Now, let’s change the facts: You intentionally drove into another vehicle out of distaste for the owner; you grabbed someone’s vase and threw it against the wall in anger; or, you manipulated a garden tool so it purposely wouldn’t work. When a person willfully and maliciously damages the property of another, that person can be charged with Criminal Mischief under section 806.13 of the Florida Statutes. At that time, it is worth consulting with a property damage lawyer.

Criminal mischief is commonly referred to as vandalism and is normally associated with graffiti and teenagers. This is an incorrect and unfair characterization of the charge because it assumes only one type of damage to property (paint) and one type of potential perpetrator (youth). The truth is, criminal mischief can encompass any type of damage to real or personal property committed by any person, as demonstrated in the examples above.

Intent is the critical factor between a civil and criminal matter when it comes to property damage. In some cases, a defendant’s intent is clear. In others, the state of mind is open to question. As an example, think of the episode in the 90s sitcom, Full House, where DJ pulls a senior prank on her high school principal with the help of her uncle Jesse. The prank involved using a crane to lift the principal’s convertible to the roof of the school. During the execution of the prank, a thunderstorm threatened to destroy the interior of the car because the top was open. Luckily, DJ managed to cover the car in time with the help of her uncle and friends. But what if she hadn’t been so lucky and the upholstery had been destroyed? Would this constitute criminal mischief? Should you hire a property damage lawyer?

Case law interpreting the criminal mischief statute would probably work in DJ’s favor. Courts generally agree that a suspect’s intent must be specific to the property rather than incidental to it. Thus, while DJ did intentionally pull a careless prank involving her principal’s car, any damage to the vehicle would not have been considered willful or malicious.

What if a person, in the course of committing another crime, damages property? A classic example would be a person who drives through someone else’s property while fleeing police. Naturally, the defendant in this scenario could be charged with the felony of Fleeing to Elude under Florida Statute section 316.1935. The accused might also be charged with Failure to Fulfill Duty Upon Damaging Unattended Property under Florida Statute section 316.063. But can the prosecution additionally prove the crime of criminal mischief? Based on the requirement that the intent be specific to the damaged property, criminal mischief is likely an inappropriate charge in this case.

In Florida, Criminal Mischief is a crime with differing levels of severity depending on the monetary amount of the alleged damage to property. If the property damage is $200 or less, it is a second degree misdemeanor, punishable by 60 days in jail, a $500 fine, and/or 6 months of probation. If the property damage is between $200 and $1000, the alleged criminal mischief is a first degree misdemeanor, punishable by a year in jail, a $1000 fine, and/or 1 year of probation. As predicted, if the property damage is $1000 or greater, criminal mischief becomes a felony, with much higher monetary penalties and the possibility of prison time. Hiring a property damage lawyer helps you to fully understand the charges, and will help you to prepare the best defense.

Sentencing enhancements also exist on the basis of a person’s criminal record and the type of property damaged. If the accused has a prior conviction for criminal mischief, a misdemeanor-level offense can rise to a felony. If the damaged property involves a place of worship, a commitment facility for sexually violent predators, or a public telephone – the latter being almost obsolete with the dwindling presence of payphones – a misdemeanor criminal mischief charge can be reclassified as a felony.

Because of the intricacies involving the definition of “willful and malicious” and the obvious repercussions of a case falling in that category, we recommend those charged with Criminal Mischief to seek the help of an experienced property damage lawyer. An attorney experienced in handling criminal mischief cases can dissect the facts and potentially dismantle the prosecution’s case. Arguments over the state of mind of the accused as well as the dollar amount of the property damage can make the difference between a felony and misdemeanor, or even a criminal charge or no charge at all. Navigating a criminal mischief charge (or any criminal charge) alone can unjustly deprive you of the opportunity to prepare and use every available defense.

Casanova Law is a criminal defense firm in Wellington, Florida providing superior representation in misdemeanor and felony cases. Our leading attorney, Lourdes Casanova, is a former prosecutor for Palm Beach County with thousands of criminal cases under her belt and several years of criminal litigation experience. In addition to her experience in criminal law and procedure, attorney Casanova has the unique, local and practical knowledge regarding the specific practices and policies of our local prosecuting agencies – an invaluable tool that can and should be used when developing a strategy for your case.

If you are charged with criminal mischief or any other criminal offense in Palm Beach or Martin Counties, contact property damage lawyer, Attorney Lourdes Casanova at Casanova Law today to schedule a consultation. We will assess the facts of your case and provide a source of relief with our knowledge, experience, and determination.