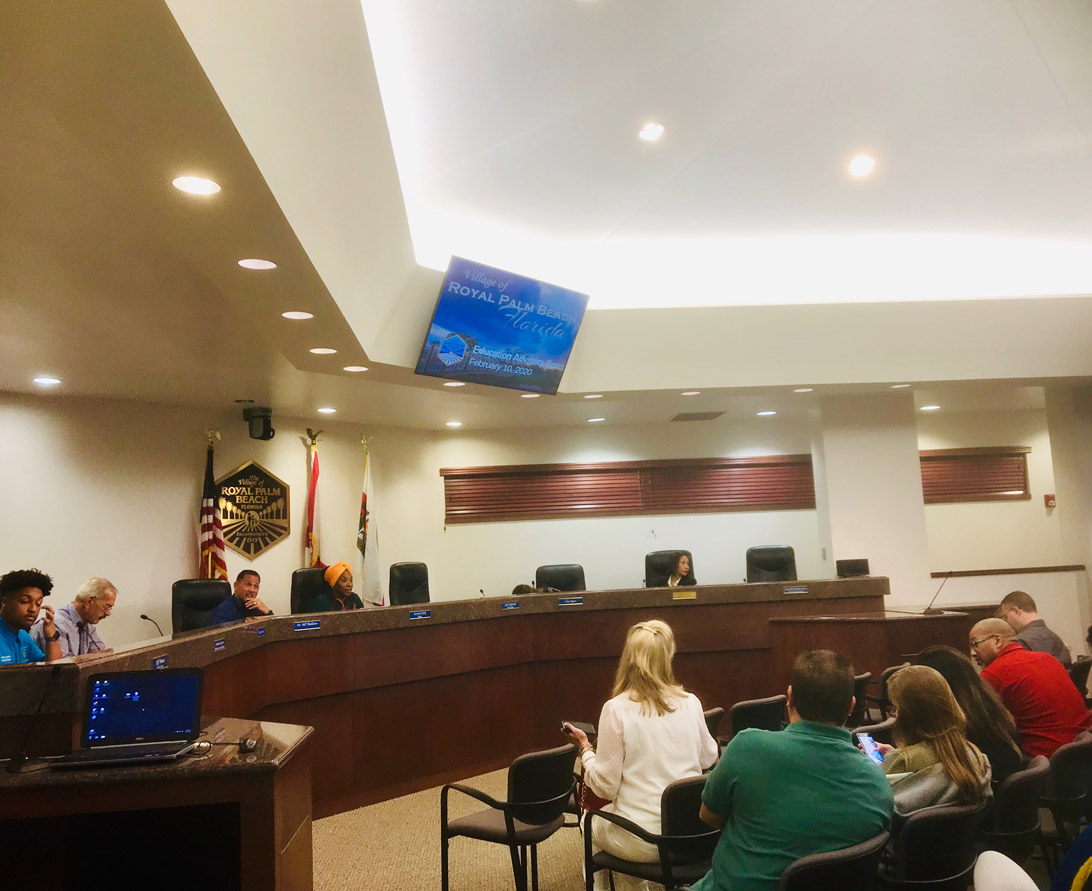 Attorney Lourdes Casanova, a former student at Crestwood Middle School, proudly attended the Village of Royal Palm Beach Advisory Board on February 10, 2020 to speak about the impact Crestwood Middle School had on her life and career. Attorney Casanova spoke fondly about her middle school experiences, recalling that she decided to become an attorney during her 7th grade English class. A local attorney raised in Royal Palm Beach, Casanova runs her own law firm, Casanova Law, representing her hometown in the areas of criminal defense, DUI, traffic tickets and immigration.