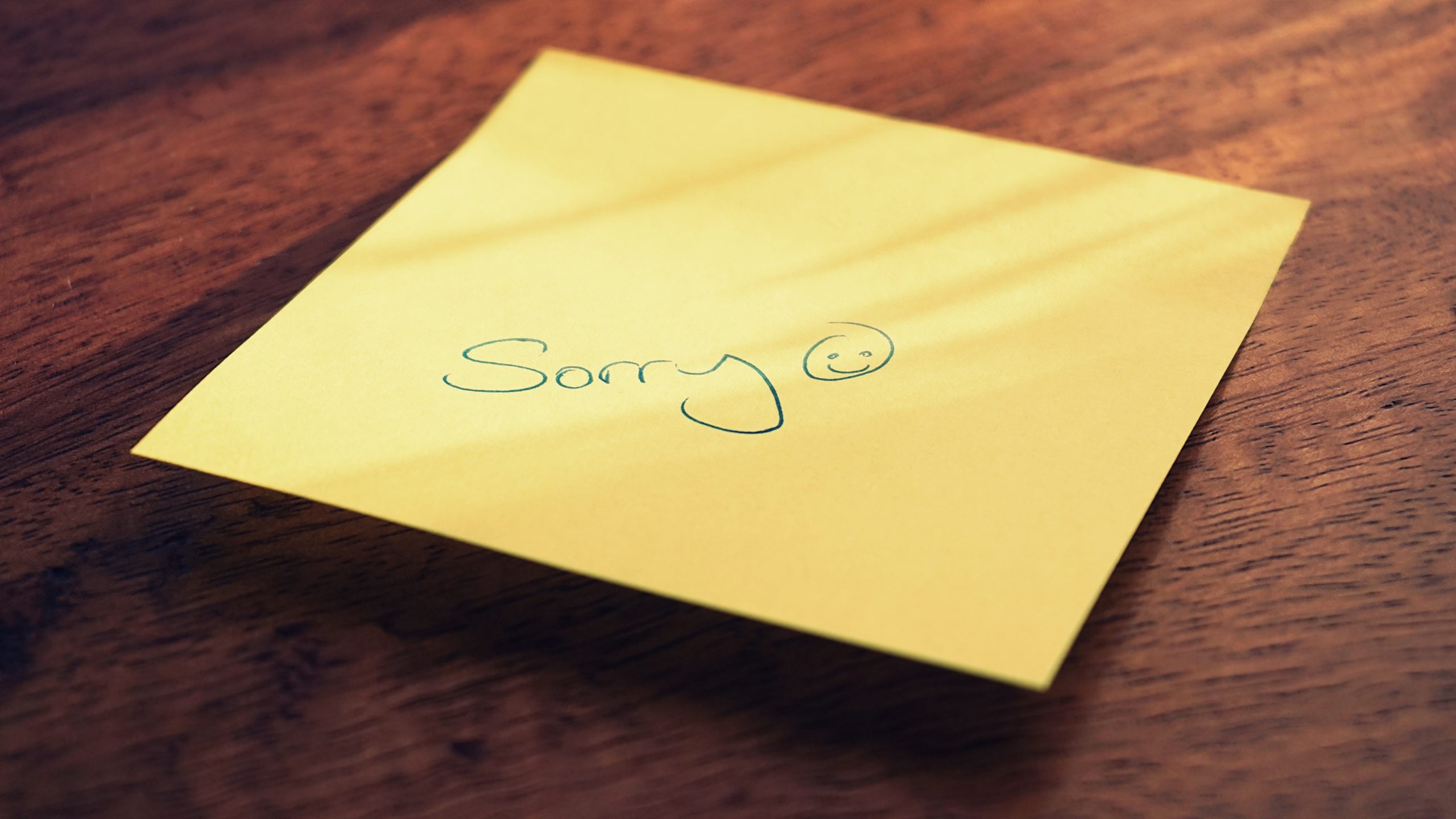 Whether at birth or by social conditioning, we possess survival instincts that inform our behavior during conflict. This is particularly true when we are accused of wrongdoing. Confrontational personalities may jump to an argument in their defense, while those who prefer peace and stability may rush to apologize. Either response to blame is natural and, in most environments, logical and beneficial.

But what makes sense in daily life does not necessarily translate to the courtroom. The law doesn’t always follow social norms. The result is that instinctive behavior can sometimes harm a litigant. Below are three actions of human nature that you should avoid as a Defendant, and what you should do instead.

We have all heard the phrase, “Do Better.” It’s a call for improving our treatment of others for a more harmonious society. Apologizing for harming or offending someone is an aspect of self-improvement, as it generally involves the trifecta of acknowledgement, remorse, and atonement. An apology not only restores a sense of safety and dignity in the aggrieved person, but often benefits the wrongdoer by restoring relationships and avoiding further conflict.

While it certainly warms the heart in real life, an apology in the legal world can be disastrous if issued at the wrong time. In a criminal or traffic case, for example, apologizing to the police at the scene of the incident constitutes an admission that can be used against you in court. Similarly, apologizing in court prior to a trial or negotiated resolution exposes the Defendant to further liability. Apologies to law enforcement, the alleged victim, the prosecution, or the judge can all be considered a “Statement by Party Opponent,” admissible in any adversarial hearing against you under the rules of evidence.

As cold as it sounds, an apology can be helpful if presented strategically during sentencing after a trial or plea to the court. It can also help if used as a bargaining tool for a better resolution (i.e.  writing a letter of apology as part of a deferred prosecution agreement that will result in dismissal of your case).

Before apologizing, speak with a lawyer, assess your options, and determine whether your case will benefit from an apology.

Some people live by the saying, “Time heals all wounds.” Others prefer the adage, “The early bird gets the worm.” Whether you’re a procrastinator or “precrastinator” (not really a word, but colloquially used to describe someone who likes to complete tasks in advance), leave your time tendencies at the courthouse steps.

Similar to issuing an apology, manipulating time has no legal benefit without a clear strategy. Delaying or rushing your case with the blind hope of conjuring a miracle can lead to a worse plea offer, an angry judge, and increased stress for you.

Sometimes, witnesses – or their memories – disappear as the months and years go by. Other times, new witnesses, facts, documents, and information turn up. Depending on the nature of the evidence, more or less of it can help or harm your case.

For the sake of judicial economy, it is common for prosecutors to offer a more lenient sentence at the outset of a case; on the other hand, with legal moves such as depositions and Motions to Suppress, an offer can drastically improve if the government believes its case has weakened.

Don’t subscribe to general assumptions about time on your case. Don’t delay your case for frivolous reasons, and don’t rush to resolve your case out of fear of litigation.

Once again, we say: speak with a lawyer, assess your options, and determine whether your case will benefit from a continuance or early resolution.

3. Telling Your Side of the Story

Out of this entire list, speaking out in your own defense is unquestionably the hardest to resist. We were not made to just sit there and take accusations – especially if we believe we are innocent! It is natural to want to tell your side of the story. In a normal social setting, discussing why you believe your accuser is wrong often persuades your family, friends, and community that you have the moral high ground.

Unfortunately, words from the accused do more harm than good when it comes to most legal cases – especially criminal and traffic. Statements by a defendant to police, prosecutors, or the court are considered admissions under the rules of evidence codified in the Florida Statutes.

Many will wonder how a statement regarding their innocence can possibly be considered an “admission” when it provides details that refute the allegations. You may be saying, “I didn’t do it,” but in the process, you may have accidentally placed yourself at the scene of the crime or provided other information that is damning. An admission doesn’t necessarily mean you have “admitted” to something; it just means you made a statement that can now be used against you in court (hence, the formal name of “statement by party opponent.”)

You don’t have the burden of proof, so why give ammunition to the government?

We don’t mean to suggest that you should never testify in a trial or motion hearing. What we strongly discourage is discussing your case in public without preparation, without the benefit of analyzing the evidence, at the wrong time, and outside of proper forums.

Bottom Line: The legal universe has its own set of rules.

When you’re accused of a crime, traffic infraction, negligence, breaching a contract, failure to pay a debt, or any other illegal act, resist the urge to make amends, play with time, or explain yourself; instead, remain silent, listen to your options, and request evidence. In the courtroom, being a “good person” isn’t central to the facts of your case, and time does not necessarily impact the outcome. In the rare situation where these things matter, it’s because they were skillfully and strategically used.

Due to the counterintuitive qualities of our justice system, a Defendant in any case would benefit from the advice of an attorney. The law is an alternate universe, and lawyers live in it (at least from Monday to Friday). An attorney not only provides a layer of protection to your statements – anything they say on your behalf cannot be held against you – he or she can assist with strategy.