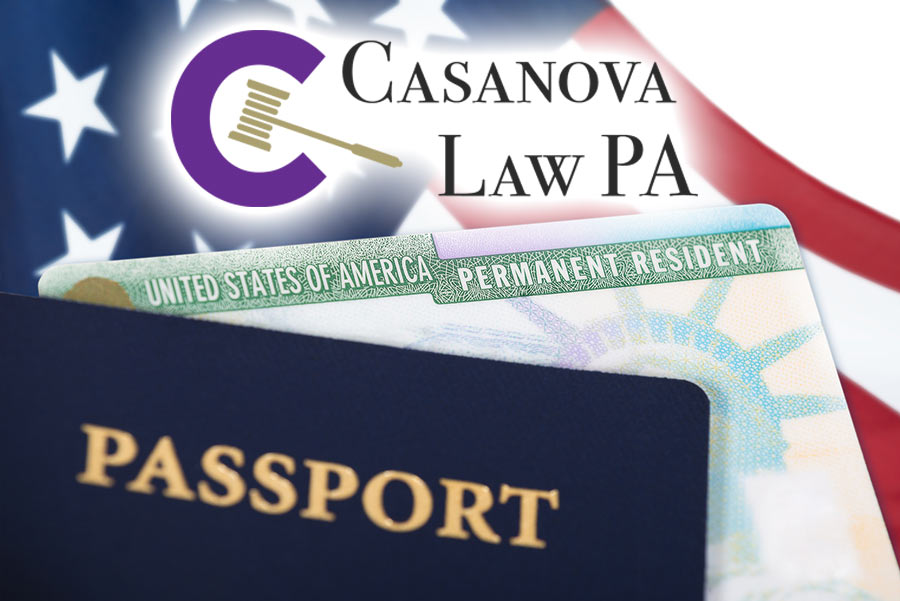 The Road to Deportation: How Driving Without a License can Lead to Your Removal from the U.S.

There is a popular saying that driving is a privilege, not a right. However, for many people, driving is a necessity of life. Maybe they have small children they need to drop off at school. Perhaps they work somewhere that buses don’t run or work hours when bus service or other public transportation isn’t available. Regardless of the reason why, many people require vehicle transportation for part of their daily life.

For some people, this can lead to the questionable decision to get behind the wheel without a license. Whether you have never had a license or have had your license suspended or revoked, driving could be a big mistake. There are potentially criminal consequences for driving in Florida without a valid license to operate a motor vehicle.

Unlike many other traffic citations, a charge of driving without a valid license in Florida is actually a criminal offense, not just a citation. In some cases, law enforcement may arrest you at the scene and take you to the police station.

Other times, you may simply receive a notice to appear in court. In that case, the assumption is the officer involved released you at the time. The charge you face is actually a second-degree misdemeanor. The potential penalties include up to 60 days in jail and a fine of as much as $500.

Not only will you have to deal with those penalties, you will also have a criminal record that could haunt you for years to come. Those potential penalties and the damage to your public record are why many people choose to push back against these charges in court.

In Florida, the charge of Driving Without a License is a second degree misdemeanor punishable by up to 60 days in jail and/or a $500 fine, in addition to mandatory court costs. In other words, Driving Without a License is a crime in Florida. Of course, you find all of this out after you were pulled over. What you thought was a simple ticket is really a crime that requires your presence in Court.

Driving without a license could impact your immigration case

Sometimes, the people who get caught up in legal troubles related to driving without a license are new to Florida and the United States. You might think that if you have a license in another country, it is perfectly acceptable to drive on Florida roads. Sadly, this is not the case.

Florida law requires that Florida residents obtain a state license. If you have moved to Florida in the hope of completing the immigration process to the United States, you must obtain a Florida driver’s license to legally operate a motor vehicle. Getting caught driving without a license could lead to a criminal conviction. This, in turn, could impact your ability to successfully go through the immigration process.

You would do anything it takes to support your family – even if it means driving to work without a license. You know you’re at risk of getting pulled over, but the pressure to make ends meet outweighs the possible three-hundred-dollars-and-change penalty. You are a good person; you have tried to get a license but, due to your undocumented status, you cannot legally get one in Florida even if you pass the test. Surely, the government will understand.

One day, it happens. A cop pulls you over for Speeding, Improper Change of Lane, or any other minor infraction. You may not even know why you were pulled over. You make a mental note to find out why later, but your nerves quickly erase this thought as the police officer approaches your vehicle.

The officer says, “License and Registration please.” You timidly and candidly respond, “I don’t have a license,” or “No tengo licencia.”

SCENARIO 1: The officer writes you a ticket for Driving Without a License.

You receive a citation for Driving Without a License that states, “Criminal Violation. Court appearance required as indicated below.”

Still, you think to yourself, “How bad can it be? I will just go to court myself and explain everything to the judge. I’m not a criminal, I don’t have a criminal record; I work hard and pay my taxes.” Feeling confident that everything will sort itself out, you do not hire a lawyer; the expense doesn’t seem worth it.

On your first court date (arraignment), you wake up early, dress nicely, get a ride to court (you don’t want a second ticket), and enter the courtroom. You do not know anyone there. You don’t see the judge yet, so you ask around about what to do. Another defendant may give you advice: “Go up there to those people and tell them you want to pay your ticket.” You approach a table toward the front of the courtroom with friendly faces. You probably don’t know that they are prosecutors and that they are the ones bringing the charges against you. You begin to tell the prosecutors your story – how you don’t have a license but need to drive to work, how you don’t have a criminal record, how you want to just pay your ticket and go home. The prosecutors might allow you to “pay your ticket” without any jail time or probation. This seems like a really good deal, so you go forward with a guilty plea. You feel great about your decision because you closed out your case quickly and complied with payment of the court costs.

At the time, you don’t realize that you have just received a criminal conviction on your record. For immigration purposes, this is true whether you receive an “Adjudication” (a formal conviction) or an “Adjudication Withheld.” And, although one conviction for No Valid Driver’s License alone does not make you “deportable,” your undocumented status does. Your ticket has alerted Immigration and Customs Enforcement (ICE) of your unlawful presence in the United States. An undercover ICE agent is waiting in the back of the courtroom to escort you into his van, drive you to an immigration detention facility, and initiate removal proceedings against you.

Perhaps you have lived in the United States for over ten (10) years and file for Cancellation of Removal on the basis of “exceptional and extremely unusual hardship” to your U.S. citizen children. Perhaps you receive an immigration bond and are released pending further immigration proceedings. However, Cancellation of Removal is a difficult case to win, and now you have added a criminal conviction to a stack that already heavily weighs against you.

The judge denies your Cancellation of Removal case, and all of your subsequent appeals. Ultimately, you are deported from the United States. Because your period of unlawful presence was more than one (1) year, you are subject to an inadmissibility ban of ten (10) years from the date of removal.

Your U.S. citizen children stay in the United States with their other parent. Everyone misses you, and you miss everyone equally. Ironically, you are now completely helpless to support your family.

SCENARIO 2: The officer arrests you for Driving Without a License.

The officer uses his discretionary power to make a physical arrest rather than give you a ticket. You are placed in the back of a patrol car and booked into the county jail. A small bond may be imposed, or perhaps you are set to be released on your own recognizance (“O.R.”).

Before you get a chance to leave the jail, you find out that you have an “ICE hold.” An “ICE hold” is essentially an instruction from Immigration and Customs Enforcement to the county jail to keep you in detention pending a transfer to immigration custody. The ICE hold is not necessarily on the basis of your criminal case, but rather because of your unlawful presence in the United States. It was the criminal case, though, that alerted immigration authorities of your existence.

In a few days, a removal officer arrives at the jail and transports you to an immigration detention facility pending deportation proceedings. Due to your continued detention, you miss your court date for Driving Without a License. Since you or your family have not contacted a lawyer to waive your presence in court, a judge does not know the circumstances and issues a capias (warrant) for your arrest for failure to appear.

After some time, an immigration judge enters a removal order against you because you did not win your immigration case. You appeal unsuccessfully.

Ultimately, you are deported from the United States. Because your period of unlawful presence was more than one (1) year, you are subject to an inadmissibility ban of ten (10) years from the date of removal.

Your U.S. citizen children stay in the United States with their other parent. Everyone misses you, and you miss everyone equally. Ironically, you are now completely helpless to support your family.

Whether you are arrested for Driving Without a License or receive a ticket for the same, you face the possibility of deportation if you are undocumented. Deportation could mean family separation, the loss of financial support for your family, and returning to a country where your personal safety is at risk.

Your actions after being charged with Driving Without a License can make the difference between staying or leaving. A lawyer experienced in both criminal defense and immigration law can take steps to minimize your risk of deportation. She can waive your presence in criminal court at pre-trial hearings, present sentencing alternatives to the prosecution to avoid a criminal conviction, and communicate with judges regarding the status of your criminal case to avoid issuance of a warrant.

If you are charged with Driving Without a License, contact Casanova Law today at (561) 236-5340 to schedule a consultation about your case. Or you can contact us online anytime.