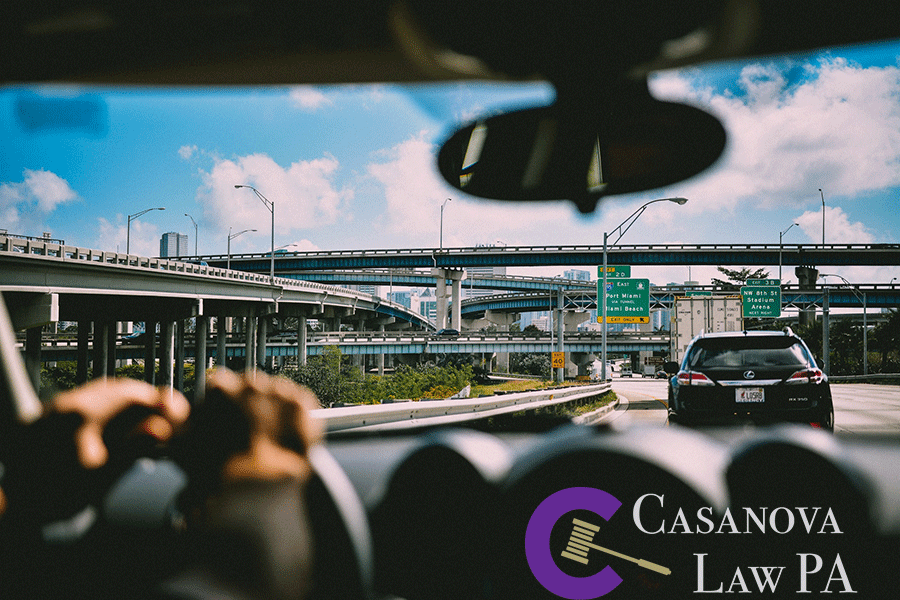 Driving with a Suspended License, Cancelled License or Revoked License is an offense that ranges from a non-criminal traffic infraction to a third-degree felony (maximum penalty of $5,000 fine and five years in prison). In addition to possible fines and jail time, a conviction for driving with a suspended license can trigger an extended suspension or revocation of your driver’s license.

How can my license become suspended?

There are many ways you can find yourself in the predicament of a DL suspension. One such way is failure to address a traffic ticket. You may have forgotten to elect traffic court, or elect traffic school and pay a fine within 30 days of receiving your citation. Alternatively, you may have missed your traffic court date. In either scenario, leaving a ticket in limbo puts you at risk for suspension.

A related reason for suspension is accumulating too many points on your license due to receiving traffic violations. Many people don’t know that paying a traffic ticket for a moving violation without first electing court or school constitutes an automatic guilty plea and an automatic adjudication (also known as conviction). A conviction for a moving violation such as speeding, careless driving, or failure to obey traffic control device generates points on your license.

Perhaps the most concerning reasons for suspension are those tied to criminal cases. An arrest for DUI often results in an administrative suspension of your license by the Department of Motor Vehicles (DMV). The length of suspension can be as short as six months and as long as eighteen months depending on your criminal history and the facts of your case (whether or not you blew into the intoxilyzer or breathalyzer and/or completed the roadside tasks). Beyond the initial administrative suspension of your license, a subsequent conviction on your DUI case will bring about another suspension which can range from six months to one year. Naturally, multiple convictions for DUI would increase the length of suspension – to five years, ten years or even permanent revocation.

Other criminal cases can suspend your license; convictions for drug possession (Chapter 893 Florida Statutes), fleeing to elude, and even fraud can temporarily deprive you of the privilege to drive. Be sure to check the possible consequences on your driver’s license before deciding how to proceed on your criminal charge.

Apart from criminal and traffic issues, a suspended license can arise from falling behind on child support payments, failure to pay a civil judgment, or neglecting to secure sufficient coverage for your car insurance.

How do I reinstate my license?

For some license issues, reinstatement can be as simple as paying a small fee. For example, paying a penalty of $23.00 to the clerk’s office to clear your “D6 suspension” on a recently-missed deadline for a

traffic ticket might be all you need to reopen your case and remove your DL suspension. (On an older ticket, you may need to pay additional reinstatement fees directly with the Department of Motor Vehicles and perhaps struggle to correct your debt with a collections agency.)

However, other types of suspensions can prove more difficult to remove, such as suspensions for DUI or other criminal cases. In those situations, you might explore the possibility of a hardship license for business purposes only or a formal review hearing with the DMV to challenge the basis of your suspension. It is important to adhere to DMV deadlines for making such elections or risk losing the opportunity to remove your suspension. For example, a DUI-arrest administrative suspension requires electing a hardship license (if you qualify) or a formal review hearing within ten days of your arrest. Failure to take action within the designated time could constitute a waiver of your due process rights.

What should I do if I am charged with Driving While License Suspended, Cancelled or Revoked?

If you are pulled over by a law enforcement officer and accused of driving on a suspended license, it is best to refrain from making any statements to police that could further incriminate you. The officer may physically arrest you and take you to the county jail; alternatively, the officer may choose to let you go with a Notice to Appear in criminal court. If the officer believes you had no knowledge of your suspension prior to the stop, he or she may simply write a non-criminal ticket for “unknowingly” driving while license suspended.

Regardless of how law enforcement proceeds with charging you for Driving While License Suspended, Cancelled or Revoked, you should immediately seek the advice of an experienced criminal defense and traffic attorney. Mishandling your case at this juncture could result not only in a criminal record but an extended suspension. It is important to note that three judgments for Driving While License Suspended, Cancelled or Revoked (DWLS) within five years marks you as a Habitual Traffic Offender with the Department of Motor Vehicles. Designation as a Habitual Traffic Offender (HTO) precipitates a five-year DL revocation. You can also become an HTO from any combination of three DUI and DWLS pleas (or findings of guilt) within five years.

Attorney Lourdes Casanova from Casanova Law is an experienced criminal defense and traffic ticket lawyer in Palm Beach County. As a former prosecutor for Palm Beach County, Casanova is uniquely equipped to fight your suspended license case. Call or Contact Casanova Law today for a free consultation on your charge of Driving While License Suspended, Cancelled or Revoked.